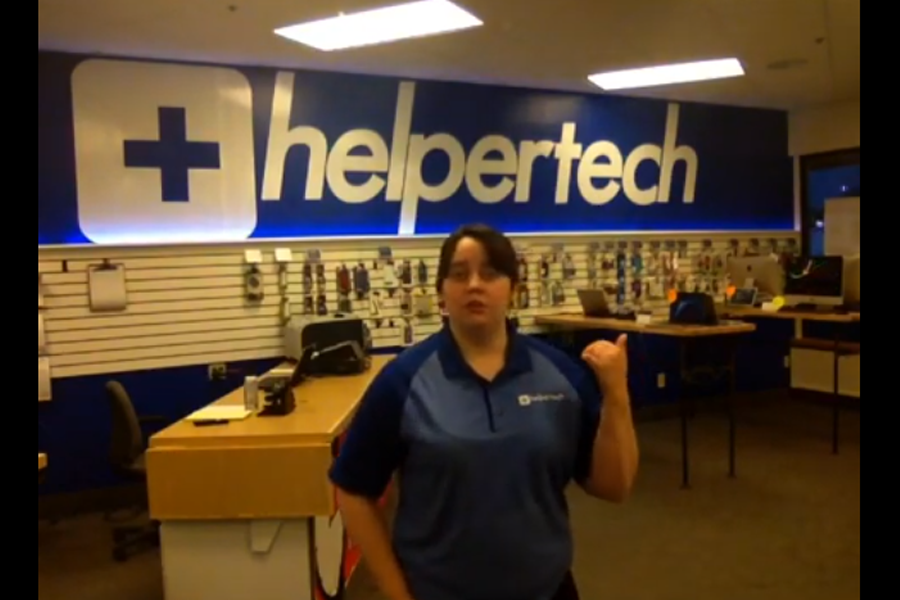 HelperTech Can Help You With iPhone Charge Port Problems

The usual iPhone charger port problem is lint or dirt accumulating overtime. In this video, you will know that there can be many different reasons. But with HelperTech, you can get this repaired anytime even without an appointment.

Hi everybody, it’s Cassie from Helpertech and I’m going to talk to you about iPhone charge port repair. So, sometimes, your charge port, you plug the cable in and it wiggles around or it just doesn’t quite fit in all the way. We can fix that. There’s actually a couple of different things that could be. It could be either the charge port is actually just dirty. iPhones in general are actually notorious for lint, dirt, I’ve even seen like paint dust, shoved in at the end of that port and it just builds up over time, making it so the cable can’t actually get all the way in.

Now, one way to tell if this is your problem right away, is you can … When you plug the cable in, you look where the plastic brace on the cable should actually butt right up against the metal frame. There should be no space between that and if there is, that means you’ve got lint in there. Now, that isn’t always the final issue, but more often than not, if you see that air gap, it will fix your phone to clean that out. Now, when you do that, you are going to need to use like tweezers to actually dig that lint out, and you gotta be careful, because if you bend a pin, then you actually do need a new charge port.

Otherwise, we can actually replace the whole charge port if you’re not seeing that. They do wear out over time. Pins just break, or different connections just don’t work like they should. So, you can come in and we can get those replaced. Charge ports generally only take about half an hour to 45 to install and we’ll always check and make sure that it’s not just lint before we install a charge port.

You don’t need an appointment. You can just stop in anytime. We are here, Monday through Friday, 10 to 6 and Saturday 10 to 3 in Burnsville. And if you need your iPhone charge port replaced, that will also fix any other issues like, if maybe your headphone jack doesn’t work. That is part of the charge port assembly. If people are having problems hearing you on a phone call, the mic is actually part of that assembly as well.

So, any of those issues are fixed with a new charge port. So, you don’t need an appointment. Stop in, we can take a look and if you have any questions, you can just give us a call ahead of time. Phone number is 651-605-2575. You guys have a nice day.