In this article, we shall be discussing the various roads within the administrative boundaries of the city of Apple Valley, Minnesota. We believe that it is of the utmost importance that you know the various major roads within the city, as it will be good for any visits you will undertake to the city of Apple Valley. The article will be describing the different roadways within the settlement in order, that is, from most important to the least important (though not in any way useless). We will order it through this, we will start off with roads within the various highway systems, from Interstate freeways, then into US Route highways, then into State Routes. After all those, we will move onto roads that aren’t cataloged within the highway systems of the US, such as streets and boulevards. Now, without further ado, let me begin describing each in detail for you.

First off, there is Minnesota State Highway 77 (MN 77) is a highway in Minnesota, which runs from its intersection with 138th Street (north of Dakota County Road 42) in Apple Valley and continues north to its northern terminus at its interchange with State Highway 62 in Minneapolis. The route is 11 miles (18 km) in length. MN 77 is also known as Cedar Avenue. The southern end of MN 77 continues in Apple Valley as Dakota County Road 23 (Cedar Avenue). At the north end, MN 77 continues in Minneapolis as Hennepin County Road 152 (Cedar Avenue). The route itself within the city of Apple Valley, Minnesota, is only brief, as it ends at around the intersection with McAndrews Road, but its extension, Cedar Avenue, is much more important, this avenue provides a good way for north-south (and vice-versa) transportation, and intersects with other important roads, all east-west ones, such as 140th Street West and 150th Street West. The road/highway exits the city of Apple Valley when it intersects with the road of 160th Street West in the southern side of the settlement.

Next on the list are the same kind of roads, but instead of north-south, these next roads to be described will be east-west (or west-east) roads, and we shall start off with McAndrews Road, starting in the northeast similar to Pilot Knob Road, only in an east-west manner. It goes westward, intersecting with Johnny Cake Ridge Road, Galaxie Avenue, Cedar Avenue, Garden View Drive, and 140th Street West. After that last intersection, it exits the city as a whole. Next on the list is 140th Street West, which also intersects with most roads above, same with 150th Street West.

Things to Do in Apple Valley, MN 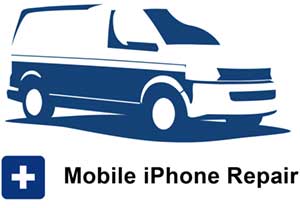 *Get $20 in store credit with all in store iPhone repairs!  Choose from great accessories such as phone cases from Speck, Spigen, Under Armour, UAG, and more.  Plus Bluetooth speakers, screen protectors, charging cables, and other great accessories.